This week was hard. A multitude of women and pregnancy resources told me that I’d miraculously start feeling better in the second trimester, so I’d been impatiently awaiting week twelve. At eleven weeks and five days I puked for the first time, and the next day I puked again. I was still hoping for a miracle at the twelve week mark.

Early Monday afternoon, twelve weeks and zero days, I slumped defeated at my kitchen table with my head in my hands. I was nauseated as ever and ready to burst into tears. Granted, things have improved. I’m not as fatigued—I can now walk uphill without getting completely out of breath—and the nausea isn’t as debilitating. However, the nausea is definitely still there and it’s unforgiving in the afternoon.

I’ve discovered there are different types of nausea. Earlier in pregnancy my stomach had a dull ache and I felt queasy. Various smells and situations made me feel worse, but only a couple times did I think I would actually throw up. More recently, the constant queasiness is less poignant, but if I encounter an offensive smell, it triggers me to retch. And by offensive I mean, the smell of our new mattress, or the kitchenware aisle in the grocery store (or any aisle in a drug store—gag), or Foxy’s dog treats. There’s a pretty low bar for offensive.

I have an optimistic personality, and after I’ve taken some time to wallow, I instinctively seek out joys, goodies, and pick-me-ups that will get me out of a funk. When I used to run competitively I was motivated to persevere by inspirational songs with a harder edge like, “Lose Yourself” by Eminem or “Remember the Name” by Fort Minor. Too emotionally fragile to absorb anything that harsh, this week I reverted to the last time I was going through a highly hormonal period: teenagehood. As I ate lunch, I YouTube’d sickeningly uplifting nineties songs, such as “Hero” by Mariah Carey, “That’s the Way it Is” by Celine Dion, and “When You Believe” by Whitney Houston and Mariah. When I was a teen I used to play guitar and sing to blow off steam, but I haven’t been motivated to do so while pregnant because it feels like it’s only a matter of time before I wont be able to reach the guitar strings over my growing belly (Update: I had several months before I was too big to play guitar). Instead, I found sheet music for “Hero” and started to learn that on piano.

Later on Monday I had a sore throat, which I was sure was from vomiting the previous day (And maybe exacerbated by singing and playing “My Heart Will Go On” on piano—a performance that sent Foxy hiding under the desk in the far corner of the room). Tuesday, the sore throat got worse, and by Wednesday I had to admit to myself that I had a cold. I took the rest of the week off work, and, despite my resolve not to lose the money I’d prepaid for my Thursday night prenatal Pilates class, my husband shamed me into skipping it: “All the other women there are pregnant too, do you think they want to get sick like you?”

Normally I try to avoid taking medication, but I’ll often make an exception and use a decongestant at night when I have a cold so I can get some healing sleep. However, decongestants are strictly off limits during pregnancy so I had to tough it out. I sniffled my way through a box of tissues, dreading every cough and sneeze for fear it would spur me to puke.

As soon as I knew I was sick, I reached out to friends on Facebook for natural cold remedies. I spent a couple days pretty miserable, but thanks to some friends’ helpful suggestions, I got better in record time! Here’s some of the advice they gave me, as well as some of my own thoughts: 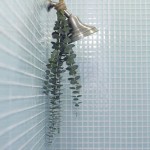 Even if I didn’t spontaneously start feeling like a pregnancy goddess at week twelve, my week ended with a little bit of magic. By Sunday I was feeling healthy enough to go for a walk on the beach with Richard and Foxy, and there was a whole pod of dolphins fishing and playing just off shore. 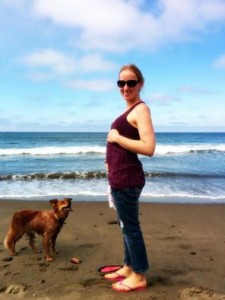